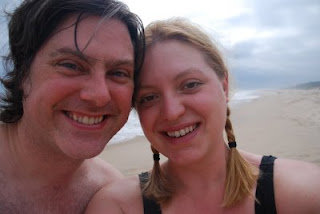 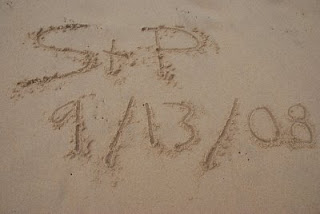 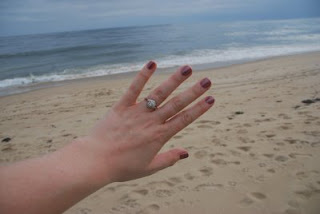 Listen. I know it's Matt Damon, but the boy knows what he's talking about. It's time for a reality check.

Then there's this Matt Damon, and he makes me equally happy.

Can you tell I'm link-happy lately?

I swear I'll post some photos soon......
Posted by PhotoChanteuse at 10:36 PM No comments:

Okay, I'm feeling a bit calmer about the election. While I'm still fired up, I'm trying to be more positive about it and not be such a raging bitch. I promise I'll work on that!

Jon Stewart is my god. He is in seriously top form the last two weeks, my friends. This made me laugh until I cried. I have to say, this was pretty bad ass as well.

Both of these stories bring some light on the other side of Sarah Palin (First presented to me by Peter): Fark & Cross Cut.

I had a coworker state to me today that I need to keep reminding myself that I live in a socially liberal, open-minded, culturally and racially diverse bubble. I suppose it's true. Regardless of how this election turns out, I am proud to say that I do live in this bubble. Ecstatic! Uproariously pleased!! If only the rest of the country could have the diverse experiences I've had. How enlightened our country could be. If anyone out there would like to come visit and get a little perspective, come on over.

My local rag has been doing what they do best with this election coverage. Frank Rich is my hero. While Maureen Dowd and I don't always agree (particularly on her views of the Clintons), this article made me laugh (and cringe a little).

Here are some interesting news pieces from other parts of the country about the election, the convention and the general state of things (in places other than NYC that are close to me): Wisconsin, Minnesota, & Texas.

They say that 13% of Americans actually believe that Obama is a Muslim. In my research, I found some people that scared the HELL out of me. I keep reminding myself that some people prefer to live in ignorance. Nothing can be done about them. But to anyone reading this that feels as though they have half a brain, at least acknowledge that this fact is false, Okay?

I think what this election comes down to me is the tolerance levels of our political leaders. People are so full of hate. The republicans these days (thanks to our current president) feel that presenting themselves as gun-toting, gay bashing, anti-women's rights candidates will swing their voting pool. It's time to take a long hard look at what that says to our kids and to the rest of the world. We have the opportunity to prove to the world that we aren't a bunch of uneducated, militant buffoons, people!

Okay, I'll stop as a feel another rant coming on..... Let's start focusing on how to get Obama elected. Perhaps some of you are a bit confused? Check here. Perhaps you're ready to jump right in and help? Get your checkbooks out and go to Moveon.org and/or www.barackobama.com.
Posted by PhotoChanteuse at 9:37 AM No comments:

Any Republican woman out there feeling proud of their nominee should really be feeling ashamed. There. I've said it.

The idea that McCain and his battalion of minions can take a completely anti-woman woman VP candidate out of the wilds of the northwest and expect her not only intrigue female voters on both sides of the party line, but sway them into voting for HIM because of it, is INEXPLICABLE.

She is toxic, she is against abortion of any kind (including those for woman who have been brutally raped), she is completely unqualified, she is vindictive and hypocritical. Most of all, she is the new Dick Cheney. And we all know how vile that man is.

By the way, if I hear one more newscaster say that Bristol's pregnancy is "private" and "the business of the family" with a straight face, I will go postal. How insane can you be?!??! Then again it's hypocritical to be a woman and a Republican regardless. That is if you give a shit about your personal rights.

Whatever. No unreasonable person will listen to me or anyone else. What a joke.

If you feel like I do and you feel like Gloria Steinem does, let me know. I need a boost. She feels as I do, that Palin will only set back the feminist movement.
Posted by PhotoChanteuse at 9:01 PM No comments:

I remember hitting the Frying Pan back with the girls in 2001. It's now a super cute bar/restaurant that makes me miss summer already... 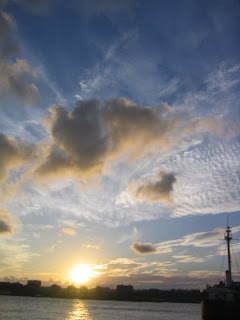 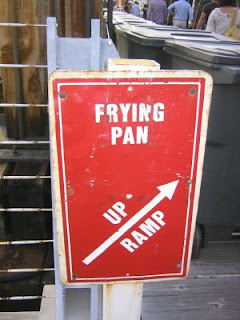 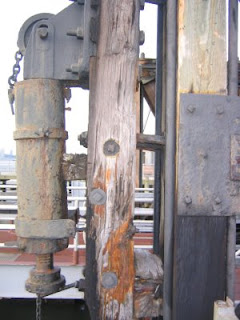 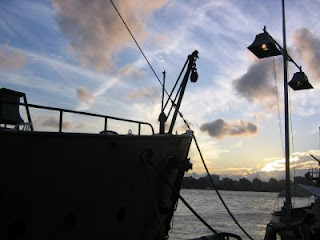 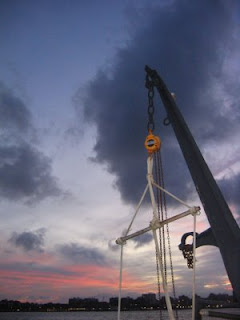 Posted by PhotoChanteuse at 11:46 PM No comments: